If a boy in his twenties is because of the innocence that makes a woman feel insecure, then a single man in his forties is like an old house that has been idle for too long-dim lights, chaotic furnishings, intricate Spider webs and long-lost house beams can make women singles feel a sense of fear that they may fall into a “black hole.” This is the reality of the older marriage and love market.

When the “leftover women” have emancipated their minds and learned to enjoy the splendor alone, the forty “leftover men” are in an unprecedented marriage anxiety because of the pressure of society, parents and colleagues, and become an out-and-out “marriage maniac.” “Once I regarded marriage as dung, now marriage treats me as dung.” This is the true mentality of many forty diamond kings and five. When they focused their attention on the young mm in their twenties and dismissed the singles in their thirties, they did not know that they had already become an old antique in the marriage market.

How did men miss the “wedding flower season”? Mostly because of blind optimism. He blindly believed in “Forty-one Flowers for Men”, the older the more valuable. It was this confidence that made him always feel that the woman in front of him was not good enough. He either happily enjoys the love around him, or leads a single life freely, while secretly waiting for the appearance of a woman with all kinds of styles and virtue, even if there is no such woman in the world.

The more men who are young and over chased by women, the more susceptible they are to love blind arrogance. The motivation for men’s love is “sex”, not “love”. Driven by reason, men’s understanding of love may stay on the level of sex for a long time, but ignore the emotion. Especially when a man has better economic conditions, he has a considerable chance to squander the expensive but low-quality “love” provided by the beauty. But sex is not, it is a man born.

Therefore, men who are too addicted to sex will lose themselves more than women who are addicted to love. Once a man is romantic, he will be a hundred times better than a woman. At this time, “love” has become a man’s poison. Another extreme case is that some older men and young people do not have any love experience when they reach the age of “not confusing”, so they do not know what life is like. Once a man’s reaction to love is too shy or slow, or his sexual desire is not strong enough, he may regard his job or career as a “lover.” Over time, women and life became blank in his life.

Man is a very strange animal. The richer his experience and the more complicated his thoughts, the more he wants the other party to be simple. In fact, the simple woman has been difficult to enter the vision of older men. His defensive mentality is also getting heavier. The rich are afraid that the woman loves his money, and the poor are afraid that the woman laughs that he has no money. This is the case for older men’s singles, slipping into the psychological trap weaving little by little. If a man is over thirty-five and has no girlfriend, he will gradually get used to an asexual life. Especially when he lives with his parents and family, and takes care of food and clothing, this danger is even greater.

According to the theory of “use advancement and waste retreat”, single men over thirty-five years old will gradually degrade their sexual ability, and he feels less and less towards women. He needs more and more women, and it is increasingly difficult to conquer women. A man who stays in a sexual relationship with a woman for a long time and cannot enter the level of life, like a broken kite, will float aimlessly in the sky. When he has been through the wind and rain and crashed to the ground, it is already full of holes.

If a man missed his marriage when he was young because of overconfidence, then later it is because of a lack of security, or a deep sense of inferiority. After men have tried their best to make themselves rich, they will find that the most valuable thing in the world is not money, but youth and healthy body and soul that are gone forever. It will take him a long time to realize that women certainly value men’s wealth, but more about the male charm behind men’s wealth. When a man consumes a woman’s love with pride, what he spends on the surface is money, but in fact it is the most expensive youth.

So the predicament of older men’s singles is that when he has the ability to get a sincere love, he despise women and marriage; when he has to walk into marriage, he and women can no longer trust each other. The key to the ultimate happiness of an older men’s single is not how much wealth he has, but whether he can treat the woman sincerely and objectively, including her love belief and sacrifice spirit, as well as her safety Sense and vanity. Of course, the most important point is whether his extremely confident (or inferiority) soul can greet the late spring of life with an open mind. 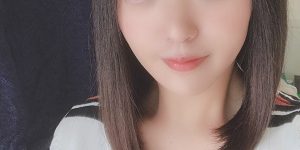 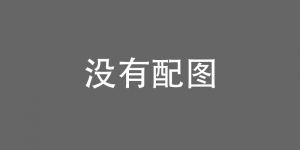